Behind every garment, there is a talented artisan who worked hard to make it. That's why we want you to get to know the artisans responsible for bringing your designs to life.

Meet Raffaele, an independent artisan who followed his dream and found success on the way! 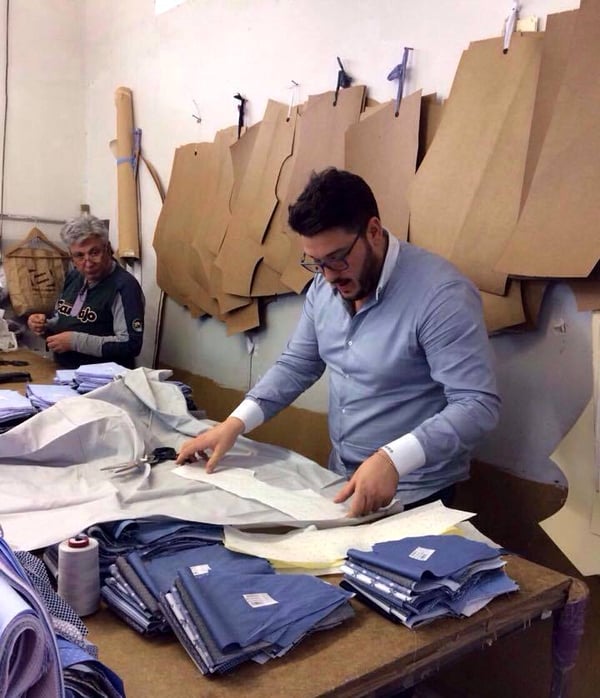 Meet 1 of Our Italian Artisans, Raffaele

Raffaele's story is rooted in a family tradition. His grandfather founded their apparel factory and he worked for more than 50 years producing shirts. Initially, Raffaele was not interested in working in the fashion industry, even though it was a family tradition. Instead, he decided to go to college and got a degree as an accountant.

I am a small independent artisan and I'm responsible for leading people to create and make great shirts. 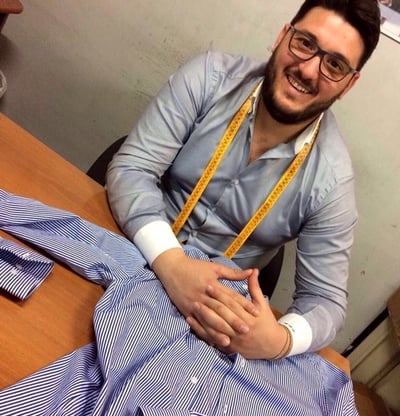 How He Started in the Fashion Industry

Raffaele followed his own path initially, but his family traditions and roots were so strong that at some point he got thrown into the world of clothing manufacturing. At first, his father didn't accept Raffaeles’s decision to enter "his world” that he had worked in for so many years, however Raffaele was convinced that it was the right path for him so he continued on his journey into fashion.

He started out working at a boutique as a tailor's assistant for more than two years. While working there, he not only perfected his tailoring skills with shirts, but he also grew professionally and personally.

"My family traditions and roots were strong and at some point I got thrown into this world of clothing."

Why He Chose to Work with MakersValley

He was referred to MakersValley a year ago by a fashion professor and the idea of working with American designers caught his attention. He decided to become part of our MakersValley family.

"MakersValley is an opportunity for me to approach an international clientele and I expect a long collaboration."

"My advice to all the new designers is to be focused on accomplishing what you want and pursue it to the end."

If you want to learn more about MakersValley,

Choosing The Best Fabrics For Your Clothing Line

After designing your fashion line, you have to determine what fabric to use. It is important to consider which materials best suit the designs in your clothing line. Each material you will use affects the final product’s feel, consistency, and look.

It’s common for fashion businesses to label themselves “high-end”. What’s less common, however, is for an apparel brand to produce clothing that’s high quality, message their brand as luxury, and sell their products at a high-end price point. It’s not enough to simply claim the title of “high-end”. Your brand must truly embody luxury level values in every thing – from conscientiously-sourced materials, to artisan-level production, to marketing and price point.

Knockoffs vs. Counterfeit Fashion Goods - What You Need To Know  In an era where luxury handbags cost $2,000 and designer t-shirts can easily run $500, knockoff brands present themselves as a way to buy those desired items at an affordable price.