At 17, Malala Yousafaski won the Nobel Peace Prize. At 15, Bobby Fischer achieved the highest title in chess: grandmaster. At 18, Mary Shelley wrote her literary classic Frankenstein. These famous teens show that youth doesn’t handicap achievement. Even the fashion world has had its share of young successes.

At just nine years old, Melissa Jade started sketching portraits of fashion celebrities such as Karl Lagerfeld, Anna Wintour, and Donatella Versace. She then turned these sketches into T-shirts for her line: Tees by Missy X. Her line was met with an overwhelming response. Even rapper Whiz Khalifa was spotted wearing one of her designs.

When her dads gave her old necklaces for dress-up, Riley took the pieces apart to create her own necklaces. Riley then brought her original jewelry to the table of her lemonade stand, which became a lemonade and jewelry stand. After her dad posted pictures of the jewelry to Instagram, he was bombarded with messages asking where they could buy the necklaces. This led to the launch of her website. Riley doesn’t only sell online: her jewelry now sells in 500 stores too!

After his grandma bought him a sewing machine, then nine-year old Moziah started making his own bow ties. Soon after, he launched Mo’s bows, sold online and in boutiques in South Carolina, Texas, and Tennessee. He’s since added neck ties and pocket squares to his line. “I started my company because I needed an accessory to help me look sharp, but didn't see anything out there that fit my style or personality,” Moziah writes on his website. “I never imagined the baby business I started at my grandmother's kitchen table in South Memphis would one day be an internationally recognized brand.” 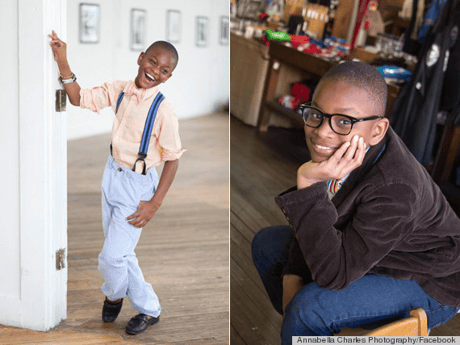 At 17, Alaxandre (who goes by “Millinsky”) co-founded his hat brand NASASEASONS. In typical 21st century style, Alexandre found success by direct messaging Instagram influencers- celebrities, fashion editors, and buyers alike. After only a few weeks, Rihanna was walking around wearing a NASASEASONS hat. His hats are now featured on store shelves alongside brands like Gucci.

At eleven years old, Kheris Rogers became the youngest designer to showcase her collection at New York Fashion Week. Her label- entitled Flexin’ In My Complexion- celebrates her dark skin, for which she was bullied in school. Kheris embraced the color of her skin by plastering this catchphrase (“Flexin’ In my Complexion”) on crew-neck t-shirts. Her line caught the eye of Oscar winner Lupito Nyong'o, who posted a picture wearing one of Kheris’ shirts to Instagram.

The youngest of this list was only four when she started creating dresses out of paper with her mom. Nicknamed “Mayhem”, this little girl and her mother share their latest designs on Instagram, which also includes recreations of famous award show looks. Don’t let her size fool you: she is a fashion designer in the making. One day, she may switch over to fabric and stitching; but for now, she’ll stick to the colored paper and tape. 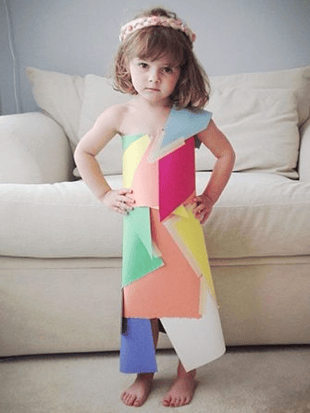 If you want to be a fashion designer, don’t let anything hold you back- whether that be gender, race, or age.

Inspired to Start Your Own Fashion Line?

How did a 32-year old woman from Verona design a sustainable apparel brand that became one of the 10 best responsible clothing brands in all of Europe? Here is the story of Camilla Mendini and her brand Amorilla.

The term social retail is the concept of rewarding people for sharing their favorite products and experiences. Here is why we think local businesses should apply social retail to their business models?

Living creatively begets creativity, and no one embodies that more than fashion designer Virgil Abloh, the mastermind behind the vastly successful clothing brand, Off-White.