Small batch production is a craft as old as time. For centuries, artisans have cooked up, assembled, and delivered quality handmade clothes and other products from their homes, and in Italy, from the factory floors of family-owned clothing manufacturers. 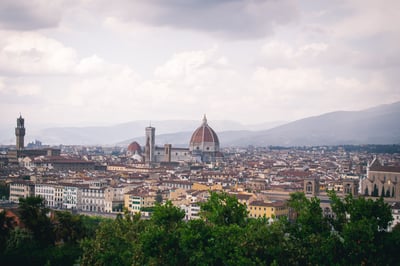 Italy stands out among industrialized nations for excellence in garment and accessories manufacturing and tailoring. It’s unique reputation for craftsmanship has already passed the test of time, and according to recent reporting, it will survive many years longer. Both observations and studies back up the claim of the Ires-Institute of Economic and Social Research of Piedmont stating that, "...Italy, famous for its high quality products and its unparalleled Made in Italy...craftsmanship becomes a great opportunity…[and] a formidable tool for growth and innovation.”

It’s true. Despite the growing presence of the Internet of things, the traditional Maker economy will continue to thrive, and not just in Italy.

The Internet has democratized the craftsman’s marketplace, opening up access to a new world of customers, who live countries and continents away. Makers in the U.S. and all around the world have been emboldened to leave traditional 9-to-5 jobs in pursuit of more artisanal sources of income thanks to empowering tools like Etsy and Shopify. In fact,

The gains of the independent artisan strategy can work out quite well. Independent designers and artisans working outside of corporate brand houses have the opportunity to pivot their inventory at the drop of a hat and flex their product lines to meet customer demands. Working outside the corporate model also allows these artisans to closely engage with their customers, and provide them with new levels of production transparency in a time where watchdog groups have increasingly called foul on big brands for unethical labor and sourcing practices.

“Artisan” Is in Demand 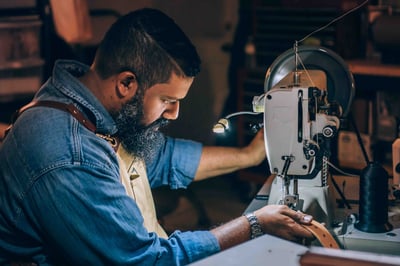 Both independent Italian manufacturers and work from home artisans internationally benefit from the irreplaceable value of small batch, handmade products. Employment trends in high-income countries show that craftsmanship and other "handy know-how" trades like clothing manufacturing and tailoring will continue to grow during the next 10 years. Trend analysis attributed this to, "...the ability to create new sources of income both for traditional laboratories with individual management and direct sales to customers, and for small family-run artisanal businesses that operate locally.”

The same prediction was supported, in the January edition of "The Resident", on a different take. Their evidence? The global market increasingly seeks and favors niche products, handmade or tailor-made. The projections of the United States "Bureau of Labor Statistics" (office depending on the Department of Labor - the Ministry of Labor, ed.) go in the same direction.

Artisans have always innovated through the:

However, in the third millennium, the artisan’s workshop has gone beyond that to also become:

Many of today’s artisans have branched out from traditional small batch handiworks to be increasingly digital (or "digital makers"). They have seized on the opportunity to create, not only products that may help the automation of machinery and the simplification of management and administrative activities, but also e-commerce tools and objects more associated with the "Internet of things" than traditional handicrafts. 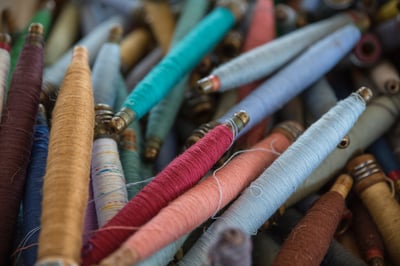 The “artisan” label has now evolved into something more multidimensional, redefined as an individual’s ability to build solutions tailored to the needs of specific types of individual buyers. The market has become more global, and yet more segmented. It now invites the artisan to use democratizing tools and machineries to earn their success. While in the industry as a whole, innovation increasingly coincides with automation, or the replacement of the worker by the machine, in the artisan world, innovation is expressed in the strengthening of the individual worker, who uses technology to work better and smarter.

Today’s artisan culture forms an extraordinary and inimitable blend of past and future, tradition and innovation. It’s an extraordinary place to arrive at as an industry, and one that offers more opportunities than ever for small batch production artisans and Makers, no matter where in the world they may live.

Choosing The Best Fabrics For Your Clothing Line

After designing your fashion line, you have to determine what fabric to use. It is important to consider which materials best suit the designs in your clothing line. Each material you will use affects the final product’s feel, consistency, and look.

How to Make a Shirt for Your Private Label Clothing Line

Creating a Quality Shirt to Sell Italian-made shirts have come down the runways of Gucci, Versace, and other luxury clothing lines since they began. The Made in Italy reputation for quality makes these shirts beautiful works of craftsmanship, as well as design genius.

Fashion merchandise buyers work on behalf of retail clothing stores to purchase the fashion products featured in stores. While typical buyers interface directly with wholesalers and clothing manufacturers, the increase in private label fashion and influencer marketing has shown that there is opportunity for independent fashion designers to turn fashion merchandise buyers into a customer niche.