Fashion Week feels like the Olympic Games of the fashion industry. Luxury brands fight to win the best spot there and once in, try their best to outdo everyone else. Fashion designers, be they very well known or just at the beginning of their careers, work hard for months to showcase their creations for just a handful of minutes at Fashion Week. From the most theatrical and eccentric show to the most minimalistic runways, every detail matters and nothing gets left to chance.

Although the amount of attention that a Fashion Week can bring to a brand hardly compares to what any other fashion event could do, the spotlight can come at an expensive price. While it’s easier for established fashion brands to find the funds to participate in the most well known fashion weeks, emerging designers tend to lack those same resources. Can these eager emerging designers find a fashion week stage to shine on without having to go bankrupt for the opportunity?

Just because the most famous and acclaimed fashion weeks happen in New York, Paris, London, and Milan, that doesn’t make them your only option for showcasing your fashion brand to press and potential investors, customers, and retailers. The list of fashion weeks that fashion designers have at their disposal is incredibly long. Here are three of the most relevant and interesting ones that you may want to consider. 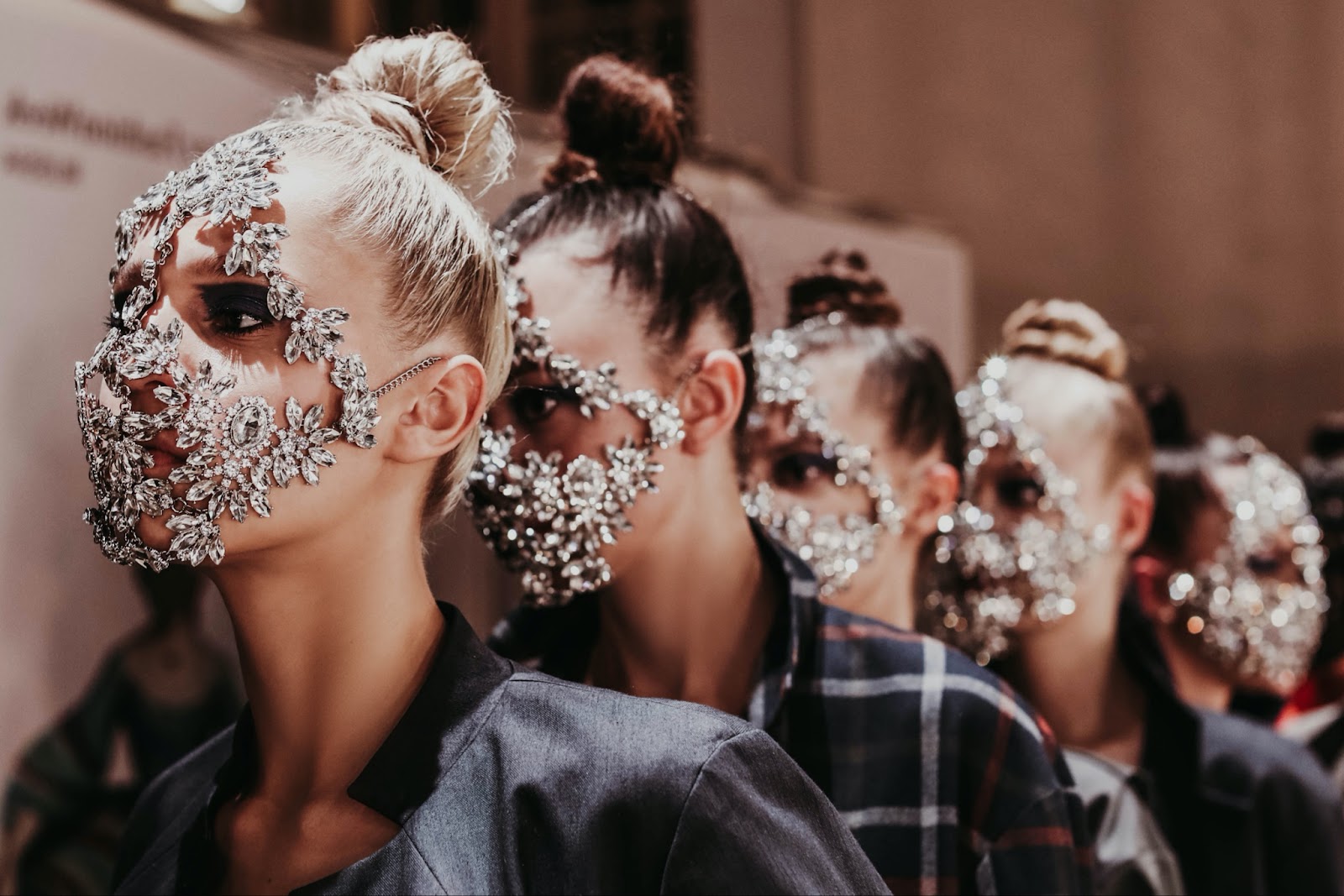 Second only to the showcase of classic haute couture that takes place in Paris, The City That Never Sleeps hosts one of the biggest Fashion Weeks in the world. If your focus is what’s trending right now and you want to keep up with the newest, most eccentric collections, this is where you’ll want to go. Every year, New York Fashion Week attracts between 200,000 and 300,000 people and nearly $900 million in related spending. However, for individual designers, the final cost of a NYFW showcase will depend on how much you’re willing to spend. Fashionista reports that a show venue can cost between $60,000 and $15,000, but rarely less than that. You can cut expenses by doing the styling yourself, but even with that, production and PR will likely cost at least $10,000. If you aren’t doing the styling yourself, expect to double that price tag. Along with that, you’ll need to pay your show models anywhere from $150 to seven times that amount. The number of models walking can of course differ, but most brands hire between 10 and 20.

Still according to Fashionista, “Excluding celebrities [hired as runway talent], $200,000 is a reasonable amount a brand might spend on a basic runway show. But the above components are the bare necessities. Big brands like Marc Jacobs, Burberry and Chanel, all known for staging over-the-top spectacles, are spending way more. In 2011, Marc Jacobs president Robert Duffy told the New York Times that Jacobs' fall 2011 show cost at least $1,000,000 (or $1,750 per second).” 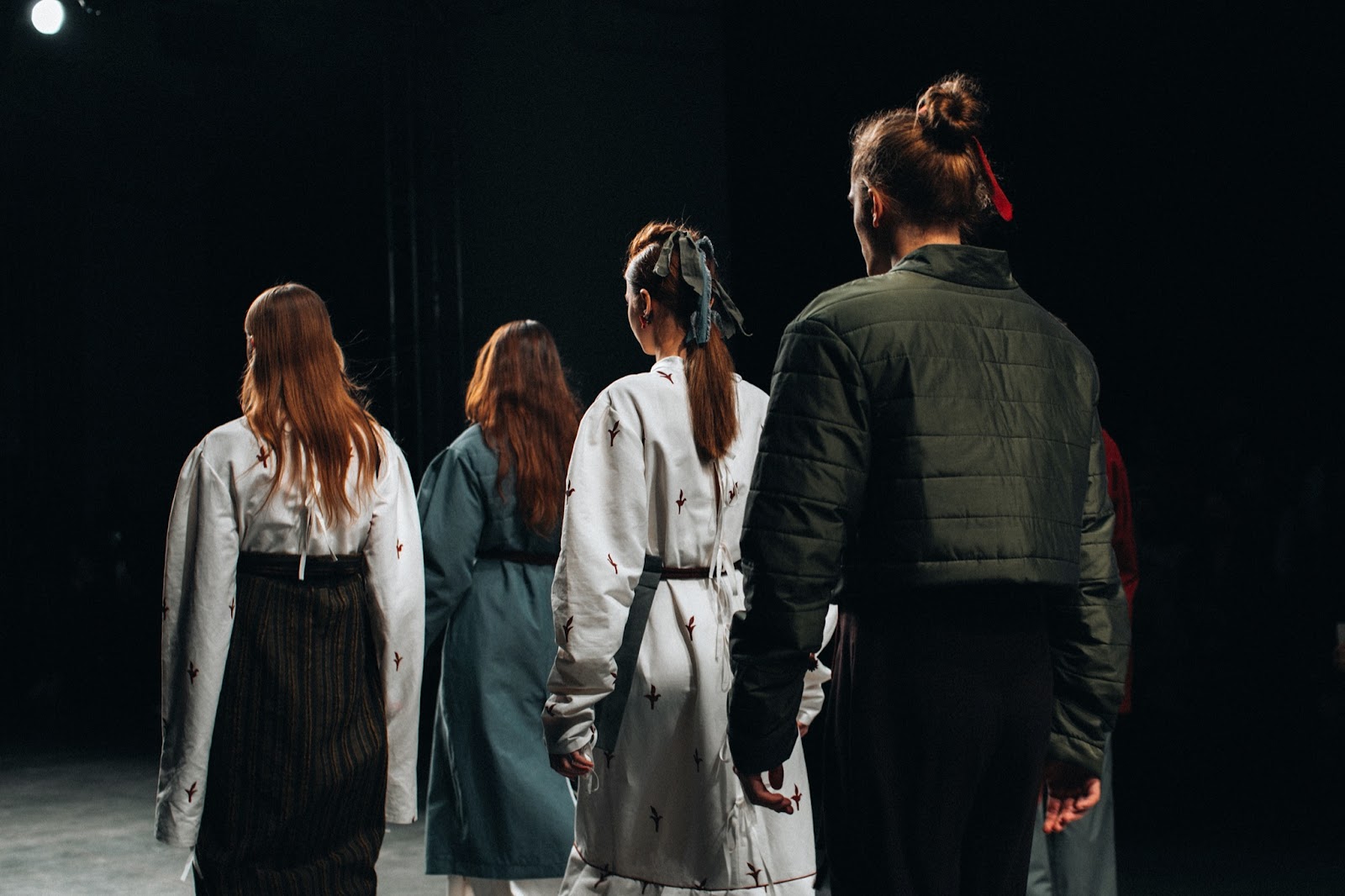 A smaller and more accessible Fashion Week is the one that takes place in Toronto, Canada. This show is worth attending and showing in, especially if you are aiming to gain a vast Canadian audience or are a Canadian designer.

The application fee to show in Toronto Fashion Week costs little more than pocket change. At TFW, designers can choose between showcases of runway shows and static presentations, plus, they can save some money by opting to participate in a group show, which includes two to three collections presented back to back. This option will cost designers $1,400 and includes the presentation of eight to twelve looks, show production, promotion through the Fashion Art Toronto Platform, location, models, and hair and make-up services. Additional looks can be added to the show for $115 each.

If you have some more money to invest and you don’t like sharing the stage, the Toronto Fashion Week also offers designers a solo presentation option for $2,500. Designers who choose this option can present 15 to 30 looks (with the same option of adding extra looks) in their very own time slot. Even with the most expensive production choices, a show at Toronto Fashion Week by itself won’t come close to the cost of one at New York. Although a less crowded event, fashion designers can still use it as a springboard for their label. 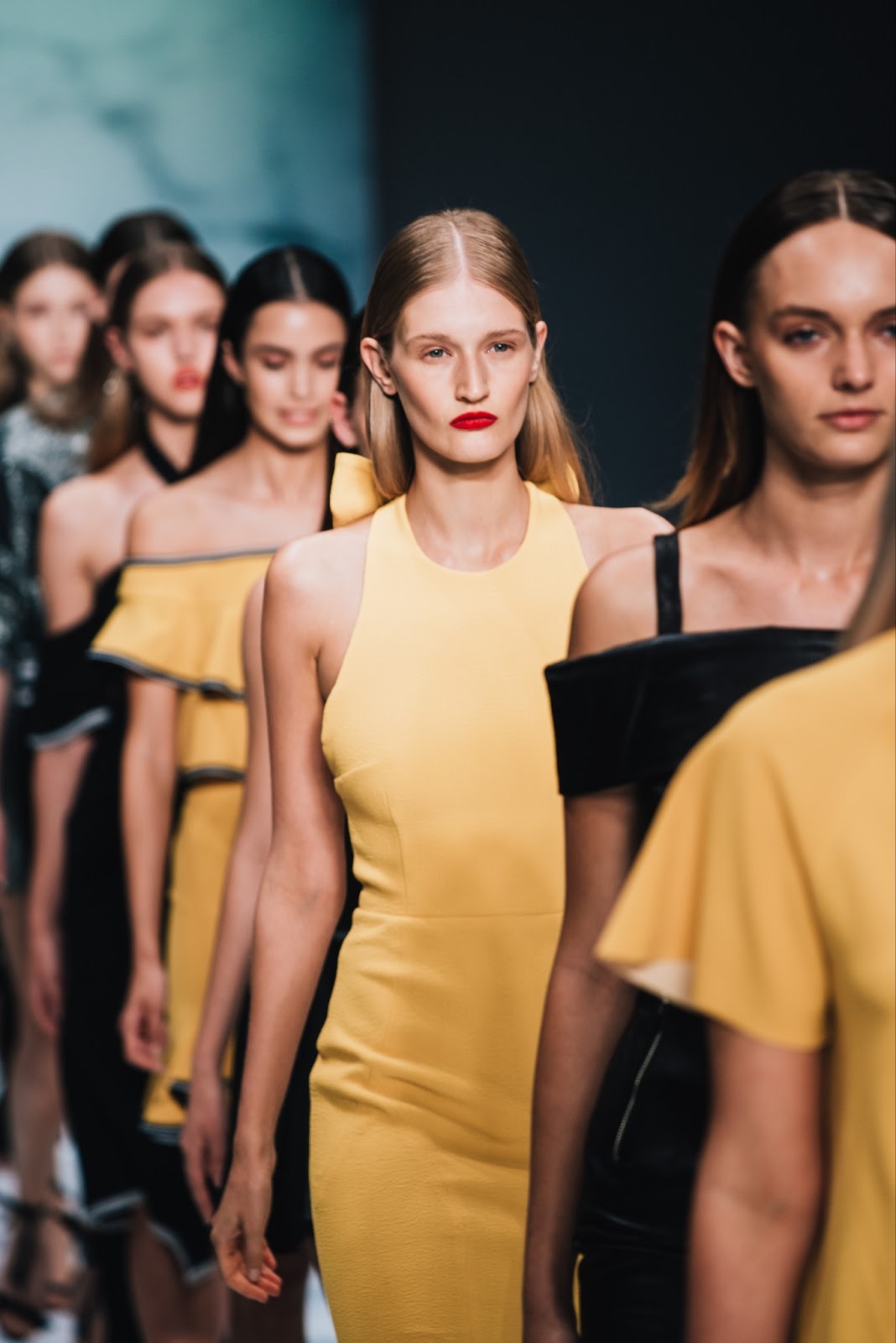 The fifth biggest fashion week in the United States is also the most long-lasting and happens in Texas. As the Austin Fashion Week website says, their focus, “has been and always will be on emerging designers interested in launching or growing a brand for the Texas audience. We do this through group shows to highly engaged audiences in order to help keep costs down for the designer or label.”

Over a span of 3 days, Austin Fashion Week gives designers the chance to showcase their creations in hour-long shows happening twice a day. Every show presents five to ten collections of three to twenty-five looks each. All shows occur outdoors and some of them even present following a general theme.

This year, AFW’s free application period runs until March 22, 2022. The cost to showcase for the selected designers depends on the number of looks to be presented:

These fees include professional models, hair and make-up, end of runway images, show production, a personal profile page, and two premium seated tickets for the show.

One interesting feature of this Fashion Week is the attention to inclusivity and diversity. As AFW’s website states, Austin Fashion Week “will ensure that a significant number of the brands showing during Austin Fashion Week are BIPOC-owned or operated. We recognize that access to many fashion weeks is limited for BIPOC-owned brands and we will not be one of those. This also goes for women-owned or LGBTQ+-owned businesses.”

These are only three of the countless Fashion Weeks that take place all over the world. Although cities like New York and Paris will probably always be every couturier’s final goal, if you are an emerging designer and you're not willing to pay hundreds of thousands of dollars to present in a fashion show, you might want to consider starting at a more local fashion event near you, similar to the Austin and Toronto Fashion Weeks. In most cases, the features covered by the participation cost would probably be extra expenses in a bigger show and, although they might not attract 300,000 people, the audience and spotlight that you can gain out of it are still worthwhile.

And after all, starting at a smaller event doesn't mean that you won't be able to shoot for the starts later.

Are you thinking about creating a high-end fashion collection that will attract luxury fashion customers? 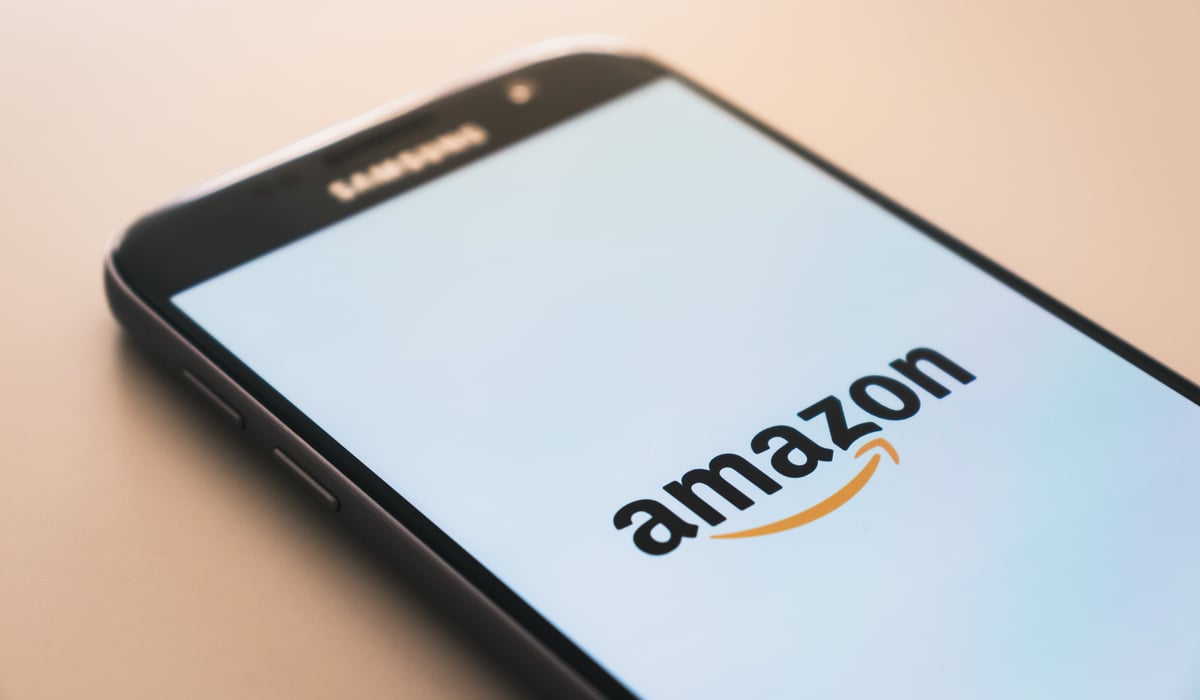 Can Your New Clothing Line Compete with Amazon Fashion? 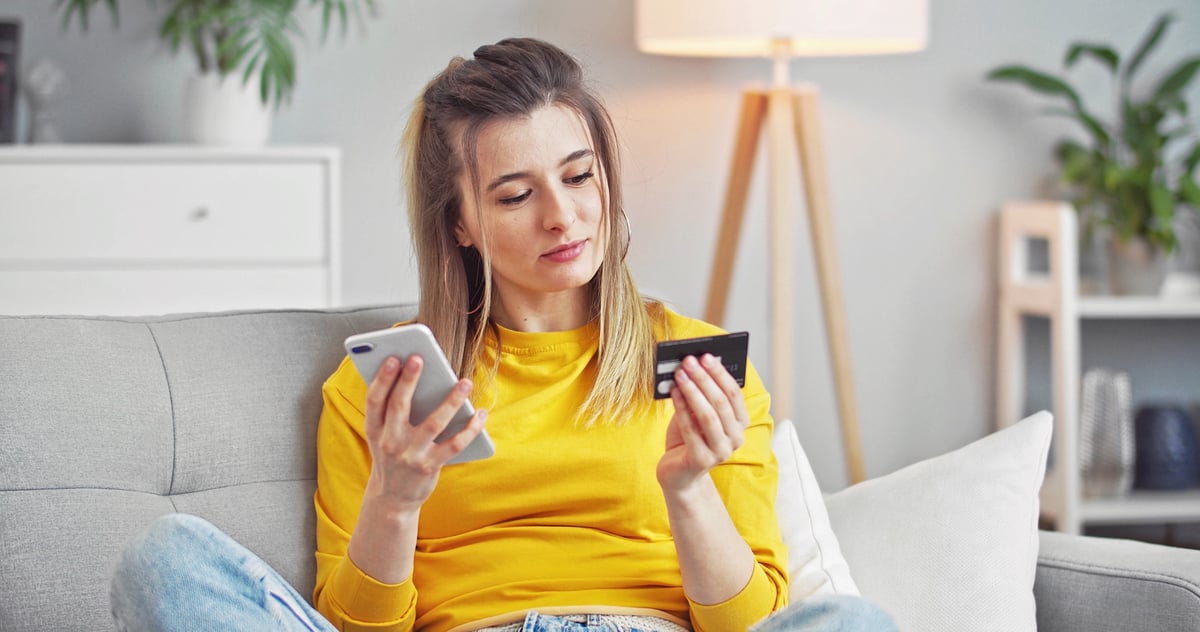 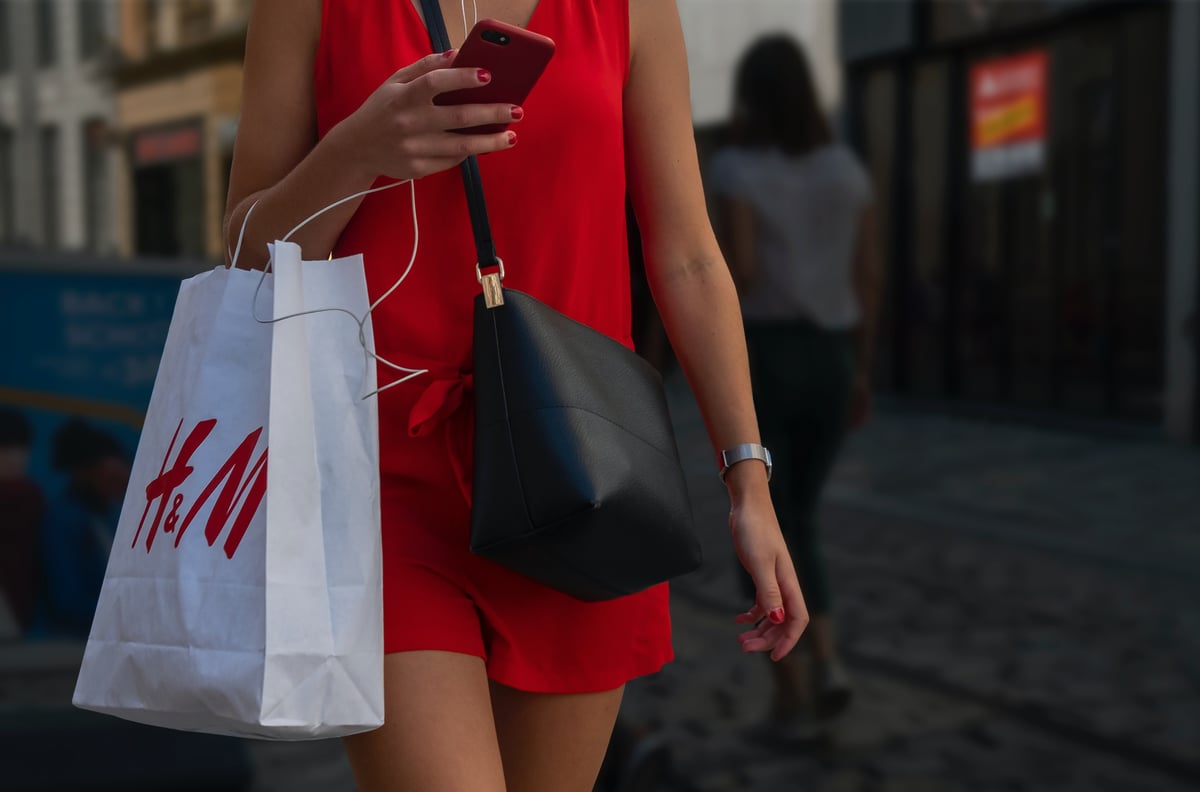 Is the Ultra Fast Fashion Model a Blueprint for Success? 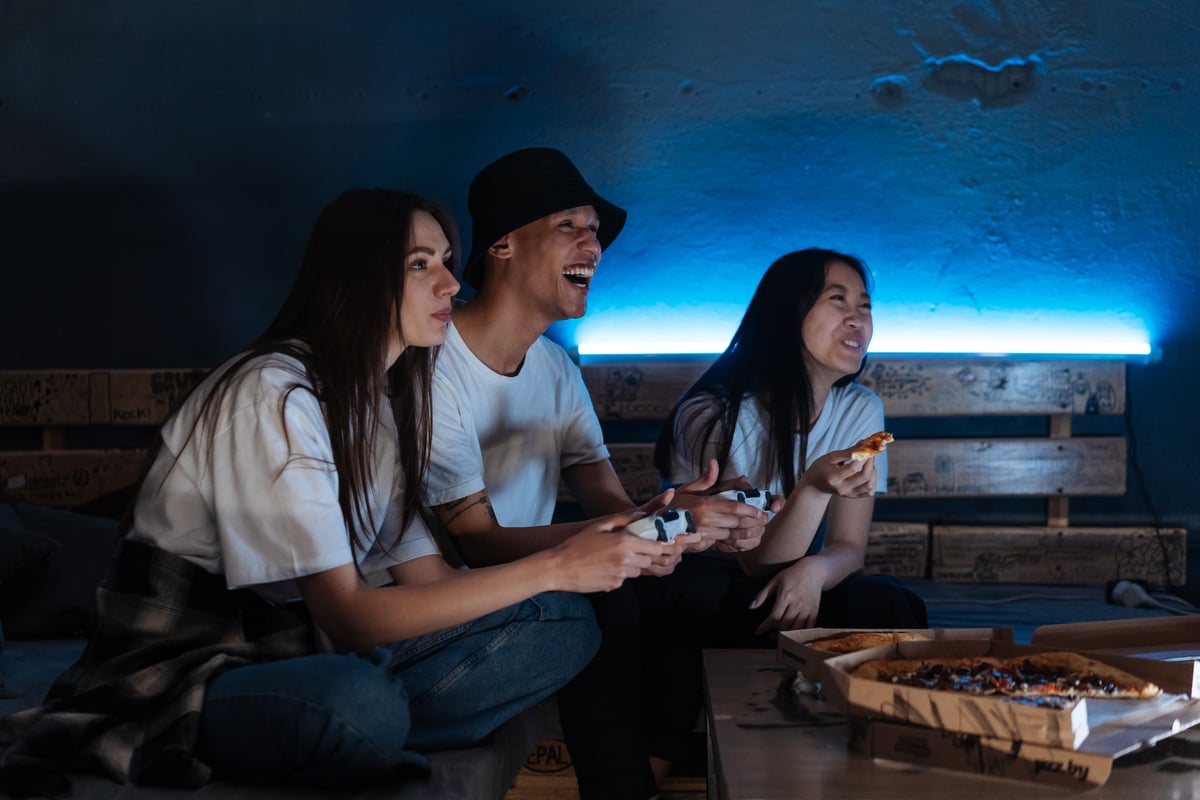 Fashion's Growth in the World of Online Gaming 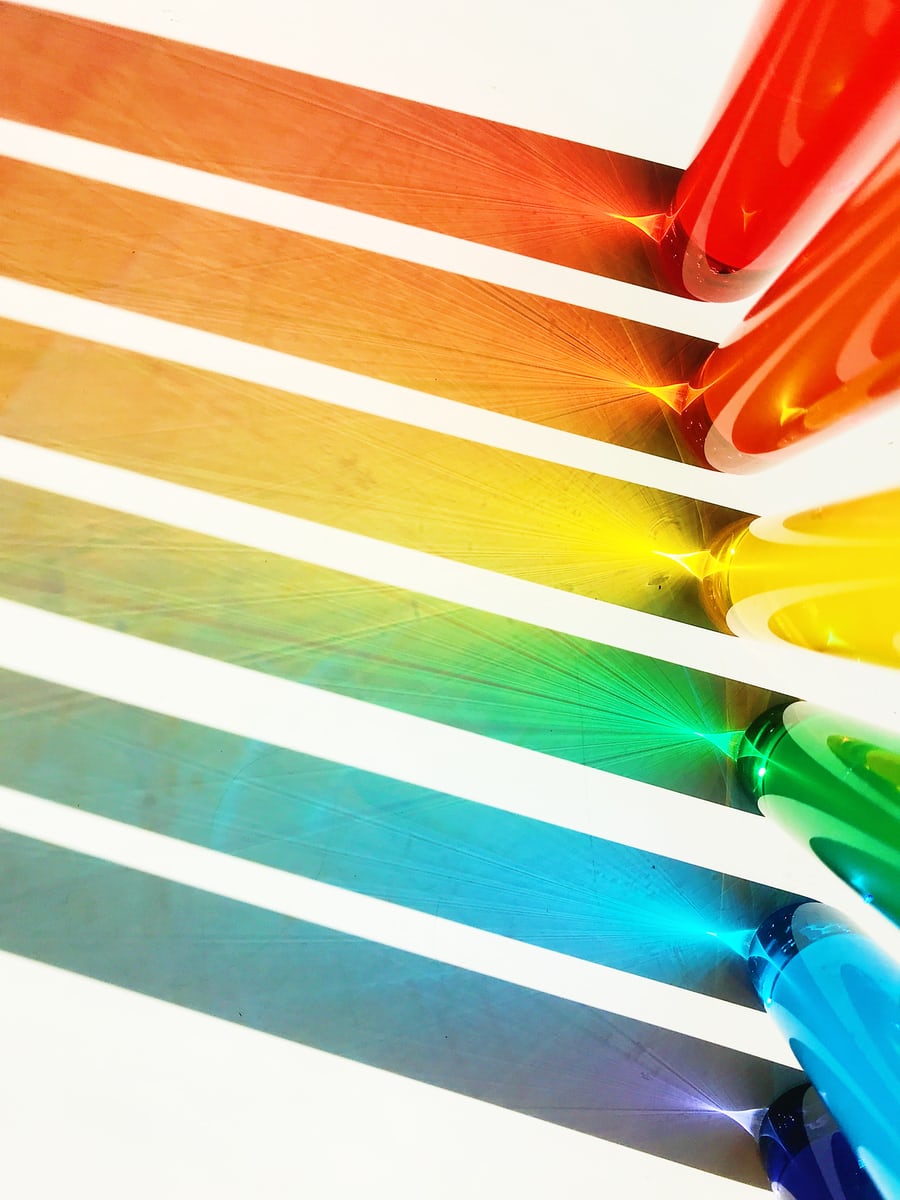 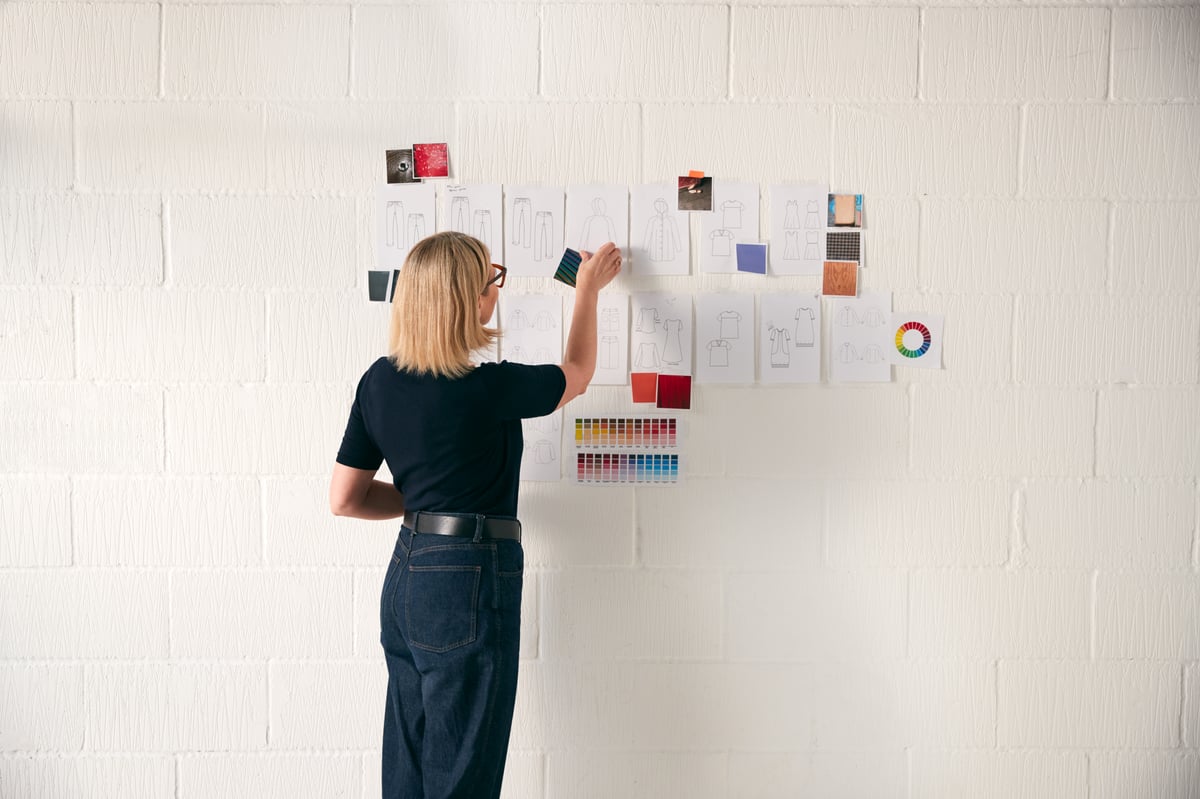 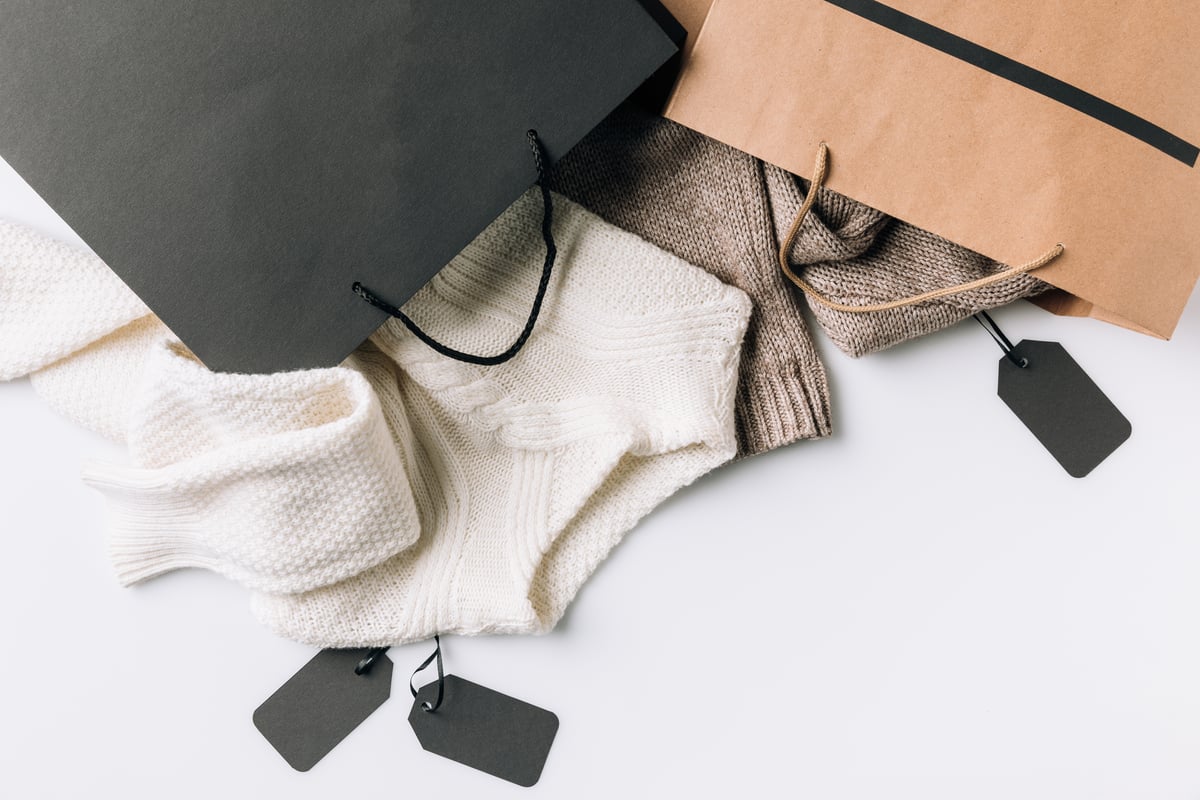 How to Price Your Fashion Designs 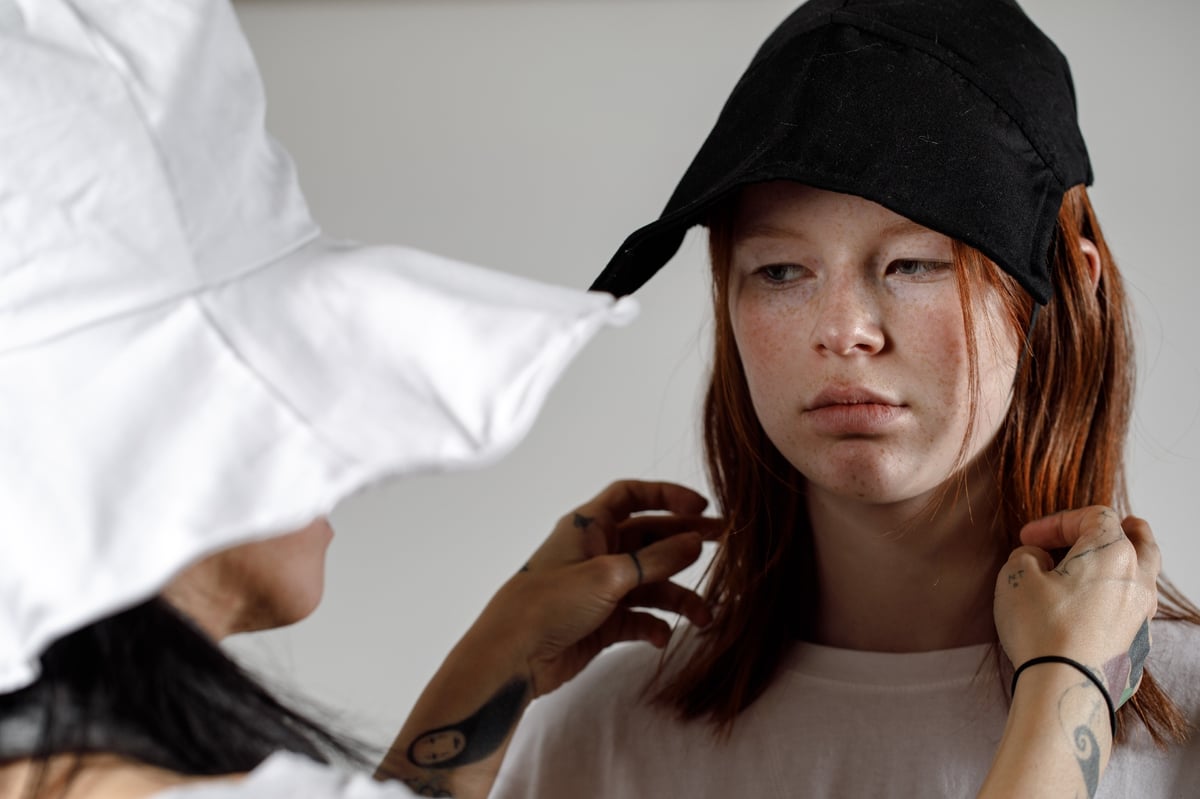 How to Set Up a Fashion Photoshoot for Your Clothing Line